Glyphosate and other evils 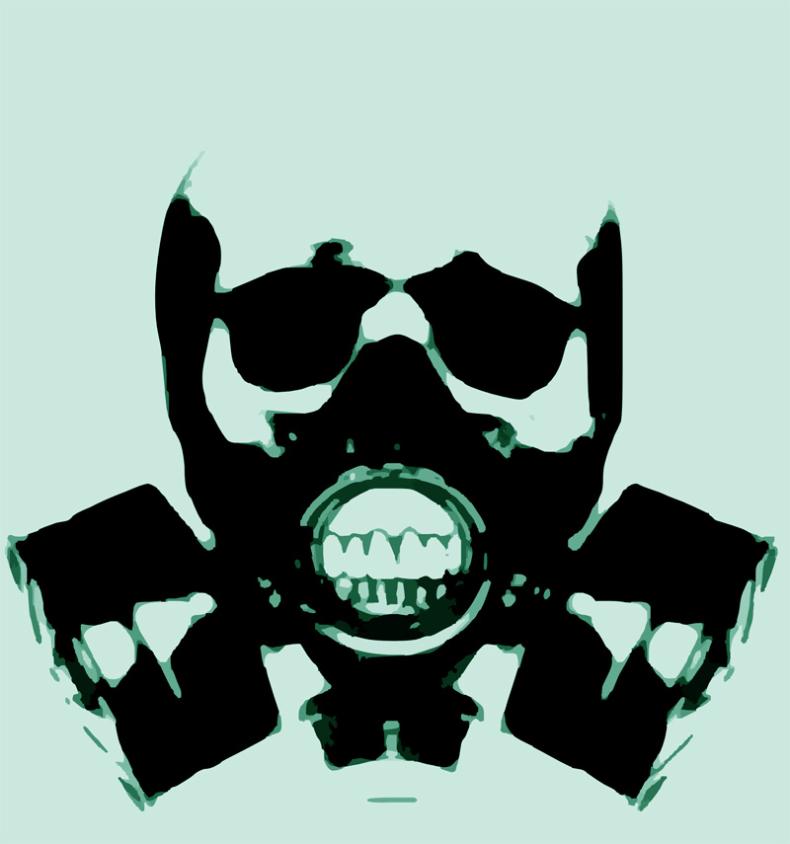 Why is conventionally grown food a slow death for humanity? Why do I go on, and on, and on about the importance of clean food? The answer to the second question is: because I care - I love everyone, especially the children. The answer to the first question is partially contained below. These few paragraphs are the distillation of hours upon hours of research, and concentrate on the most debilitating and widespread of pathogenic agricultural chemicals - glyphosate. All agricultural chemicals combine, interact, and synergise each other - amplify the ill-effects of glyphosate by some unknown but probably large factor, and this is the combined effect of conventionally grown food. So, let's look at glyphosate, and other evils.

One chemical that is almost universally used and assumed to be safe when multiple studies show that it is far from safe is glyphosate. Glyphosate (C3 H8 NO5 P), the key ingredient in 'Roundup' and similar herbicides, is a broad-spectrum metal chelator that works by binding (inactivating) the micro and macronutrient co-factors calcium (Ca), cobalt (Co), copper (Cu), iron (Fe), magnesium (Mg), manganese (Mn), nickel (Ni), and zinc (Zn) essential for plant enzyme activity. While most chelators have an affinity for one or two metals only, glyphosate's wider range has established it as the most commonly used broad-spectrum herbicide in the world. This action also makes glyphosate a potent broad-spectrum antibiotic as well, since enzymes essential for microbial survival are also affected. Before it was used as a herbicide, glyphosate was used as an anti-bacterial agent, and as an industrial descaler.

Contrary to popular belief, glyphosate is not biodegradable in the commonly accepted sense of the word. Degradation is slow to non-existent, mostly mediated by microbial co-metabolism when it does occur. This residual nature may in fact be a blessing, since most breakdown products of glyphosate are toxic to both conventional and 'Roundup ready' plants (plants genetically modified to be resistant to glyphosate so they can be managed via massive applications of the herbicide). Glyphosate accumulates in all plant meristematic tissues (root and shoot tips, reproductive sites, and legume nodules), and translocates to the rhizoshpere (soil surrounding the roots) easily through roots, rootlets, nodules, and mineralisation of fallen treated above ground plant tissues. Glyphosate can be immobolised in soils via chelation with certain cations, but application of phosphate fertilisers works to desorb accumulated chemical from soil colloids, thus compromising the ability of subsequent crops to thrive, and to take up and store vital nutrients. Mobilised glyphosate, however, is easily taken up by the roots of all plants, where it accumulates, and enters the human food chain.

The scientifically observed or indicated effects of glyphosate on soil, plant, and human health (as noted in numerous peer-reviewed studies) include: toxicity to soil micro-organisms that enable nutrient availability and absorption in all plants; stimulates pathogenic micro-organisms that inhibit nutrient availability; inhibits nitrogen fixation; damages soil structure; reduces photosynthetic potential via inhibition of pyrrole synthesis; increases mycotoxin occurrence in stem, straw, grain, and fruit; induces fruit and bud drop; reduces both concentration and bioavailability of Ca, Cu, Fe, K (potassium), Mg, Mn, and Zn in plant tissues and seeds; reduces plant biomass and yield; decreases plant resistance to drought and disease; bioaccumulates in plant and animal tissue (including human tissue, and the meat and milk of the animals we consume); chelates aluminium (Al) in the gut, facilitating absoption and transport of Al in the body (Al is also a key ingredient in the 'Roundup' formula); works synergistically with Al to induce pineal gland dysfunction; disrupts cytochrome P450 enzyme leading to reduced melatonin production; blocks synthesis of trytophan (essential for both melatonin and seratonin production) in plants and micro-organisms; preferentially kills beneficial bacteria leading to gut disbiosis, and subsequent Clostridium difficile and Candida albicans proliferation and overgrowth (and C. difficile produces the toxic phenol p-cresol, which enhances Al uptake at the cellular level, and which is implicated in autism in both human and animal models); reduces production of APS and PAPS enzymes essential for sulfate activation and metabolism, thus preventing formation of important molecules such as amino acids, and the glucosinolates in cruciferous vegetables; unmetabolised dietary sulfate utilised by Desulfovibrio sp., and converted to highly toxic hydrogen sulfide gas in the gut; multiple routes of impairment to CYP enzyme function predisposing to liver toxicity, resulting in impaired ability to metabolise drugs and toxins, potentially leading to hepatic encephalopathy; induces both haemoglobin and B12 deficiency anemias via reduced pyrrole synthesis; induces anemia via reduced uptake of iron and cobalt in food plants; contributes (probably substantially) to D3 deficiency via compromised mitochondrial and microsomal CYP enzymes in the liver and kidney responsible for the first and second steps respectively of vit D activation; contributes to carcinogenesis; and, finally (rather than going on and on because I think we get the idea), crosses the placental barrier, is found in significant levels in > 90% of urine specimens of random people in the United States, and has been found in human breast milk.

This is but a small sampling of the detrimental effects of one chemical only, just imagining the combined effects of all agricultural chemicals should be enough to convince most of us that chemical free food is best. In the second of two recent papers examining the toxilogical effects of common herbicides and insecticides, the authors concluded that despite its reputation for safety, 'Roundup' was the most toxic of all the pesticides studied. This was largely due to the synergistic effect of the different ingredients in the Roundup formula. For example, surfecants such as polyethoxylated alkylamines, whilst being extremely toxic on their own, worked synergistically with glyphosate to increase glyphosate toxicity an estimated 125-fold. Legislation states that only the declared active ingredient be tested, so the complete 'Roundup' formulation including the synergistic effect of all adjuvants and surfecants it contains has never been tested for safety by a governmental body. If that isn't enough, consider the interactions of agricultural chemicals with all the other environmental toxins we are subjected to. We can change food production values easily with the power of our wallets – merely refusing to buy genetically modified and chemically treated foods will eventually force a switch to cleaner, more ethical, and more environmentally sound and sustainable farming practices. We owe our children that much, at the very least.

Ganson RJ, Jensen RA (1988) The essential role of cobalt in the inhibition of the cytosolic isozyme of 3-deoxy-D-arabino-heptulosonate-7-phosphate synthase from Nicotiana silvestris by glyphosate. Archives of Biochemistry and Biophysics 260:85-93.